Technology is changing our world at an alarming rate. We can feel if we don’t “jump on the bandwagon” we will be left far behind. We only need to “jump” once or twice to become very cautious and skeptical of new technological ideas.

Our mind plays an important part in our hesitations. Two powerful rationales easily conflict with each other:

1. Our strong commitment to how much time we have put into our current situation. For instance, while driving, even though you think you are lost, you believe that if you stay on the road you are on, you will come to a major highway and find your way. If your stock price is going down, you keep it because you have had it for so long, and it will rise again … someday.

2. Our aversion to loss. In other words, we will take some pretty drastic actions to prevent losing more of what we have. This can be time, money, pride, material goods. If you are running late, you may risk running a yellow-turning-red light so you will not lose any additional time. You can spend hours surfing the internet for the best travel package to assure yourself that you found the best deal …. Yet you have lost hours in doing so, just to save a few bucks.

Both urges are strong by themselves. When combined, they wield an intense influence on our thinking and decision-making.

Example: In one experiment conducted with Harvard MBA’s, a professor auctions off a $20 bill using these three rules: The bids can be increased in dollars only; the winner, of course, receives the $20 bill; and the runner-up is required to make good on his bid, even though he would get nothing to show for his spending.

The start of the auction begins like any other auction, quickly getting to $16. Then two students vie for the $20 — when one bid $17, the other has to bid $18 or lose $16. Amazingly, the bidding continues to climb higher than $20.

Those of us sitting on the sidelines can see that the rational decision would be to stop bidding, even being the runner-up, and losing money. In the midst of the action, however, the students are magnetized by the energy of the auction [commitment] and how much they will lose if they call it quits [loss aversion]. The record stands at $204 … yes, one student paid $204 and got nothing in return.

Lesson Learned? Think, but Don’t Be Afraid to Act

In today’s economy, we don’t want to spend what might be considered unnecessary because we are committed to the way we’ve been for so long. We rationalize and make excuses that we can hold on just a little longer without making changes. We don’t want to feel we are losing money by spending money.

I challenge you to inspect your daily tasks and beliefs and identify what loss you are avoiding and what you are still committed to the point of merely tolerating it. 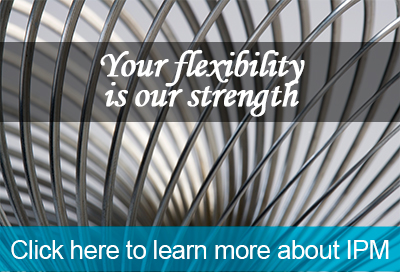 We are specialists in meeting the ever-changing workforce needs of our clients and our consultants.